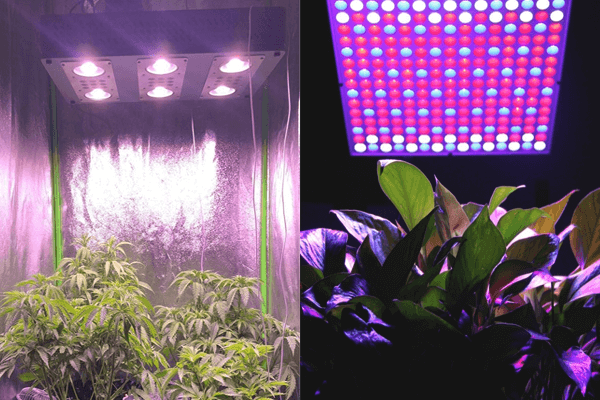 LED lights are always the top choice for growing tents. As these lights are reliable, efficient, and versatile, they seem to hold comparatively more popularity.

However, LED lights come in several forms and types. Among all, the most hyped LED lights are COB and SMD. Both of these lights hold significant indoor growing systems and quite similar specifications. Despite these common factors, COB and SMD LED lights both carry some differences in their developing technology, advantages, and benefits.

If you’re also confused between these two types of LED grow lights, you must learn the primary differences between COB VS SMD LED for growing indoor plants.

COB (cheap on board) LED lights are massively used for growing tents. These types of lights provide sufficient lighting along with lower electricity costs.

COB grow lights are more effective in growing cannabis plants. But for the expected outcome, you must choose high-quality COB LED lights.

These lights are designed to concentrate on one particular area at a time. You’ll get tiny-sized multiple wired LEDs packaged all together in one ceramic/copper board. These multiple minuscule lights produce extremely powerful lights for your indoor plants.

These lights work simply with some essential components. COB holds a heatsink to cool the light down, wires to connect the light with the driver, and a driver to power the COB lights. You can even follow DIY procedures to build your own COB LED lights.

COB LED lights are comparatively high-end quality LED lights. They are more likely to serve an architectural appearance in your house. With COB lights, you can expect focused, controlled, cleaner lighting in the grow tent.

SMD (Surface mounted diode) is another incredible technology of LED generations. SMD LED lights are the ultimate choice for people who want more lighting at a lower wattage.

SMD lights are most popular because of their versatile service. You can find varieties with their colors. LED light colors also affect the plant for growing differently.

You’ll find various options for SMD LED lights in the market. But the chip they use in all of those lights carries a fat design, tiny size, and square shape. SMD LED lights hold more than three diodes in one particular chip. Each of these diodes has individual circuits adjusted. This particular configuration carries the versatility of SMD LED lights.

You can use multiple SMD LED lights according to your plants and grow tents requirements. Each of these lights carries a 120-degree beam angle that can provide more comprehensive area coverage.

SMD lights are holding the hype with their wireless, smaller, versatile, and improved light diffusion. If you’re searching for some grow lights for a bigger place, it would be better to choose SMD LED lights.

Apart from their efficiency in light production, both COB and SMD LED lights hold several differences. These particular distinctions will help you to understand which one will be the ultimate LED light for growing healthy plants.

Let’s give a check on the differences:

SMD lights are comparatively more efficient than COB lights for producing more lumen per watt. On the other hand, flood lightening, less heat production in a small area, gets more effective with COB LED lights.

Both of these LED flights serve better and brighter quality lighting. However, COB LED lights can be a better option for growing plants regarding the beam angle and illumination. COB LED grow lights are more flexible, easy to adjust, and larger. However, the light spectrum quality is better with COB lights. The color of COB lights makes it easy to catch fungal attacks, discolorations over your plants.

COB LED light lifespan is around 40,000 to 50,000 hours. On the contrary, SMD lifespan stands around 100,000 hours. Regarding the approximate measurement

SMD lights get mounted, and then with the reflow soldering, they get fixed over the PCB board. At the same time, COB lights are applied without any reflow soldering or mounting. Their working technology is efficient but different from one another.

In terms of versatility. SMD offers a better and broader range of colors. SMD chips hold red, blue, and green diodes, whereas COB lights cannot generate color-changing bulbs. Also, you can set the light in any color you want to by controlling the COB three diodes.

The production processes of COB and SMD lights are entirely different from one another. COB chips are constructed with direct fixing technology. This type of light has more than nine diodes, one circuit, and two individual contacts. The SMD lights have three diodes and three different circuits placed in one chip. SMD lights generally include 2/4/6 contact chips adjusted.

Is COB better than SMD?

In terms of light production efficiency, SMD is more efficient than COB.

Are COBs good for flowering?

Flower plants require some light that uses lower power and supplies higher lighting. COBs can do the exact thing for growing healthy plants.

Which one is brighter between SMD and COB?

LED lights are the most effective choice for growing indoor plants. COB and SMD are both the most popular and hyped products people use for their grow tents. But most people experience a dilemma choosing the better one of COB VS SMD LED for growing healthy plants. This article has explained the fundamental differences. Now, you can select the one that serves better effectiveness with your indoor plants. 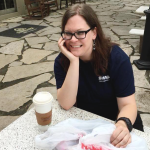